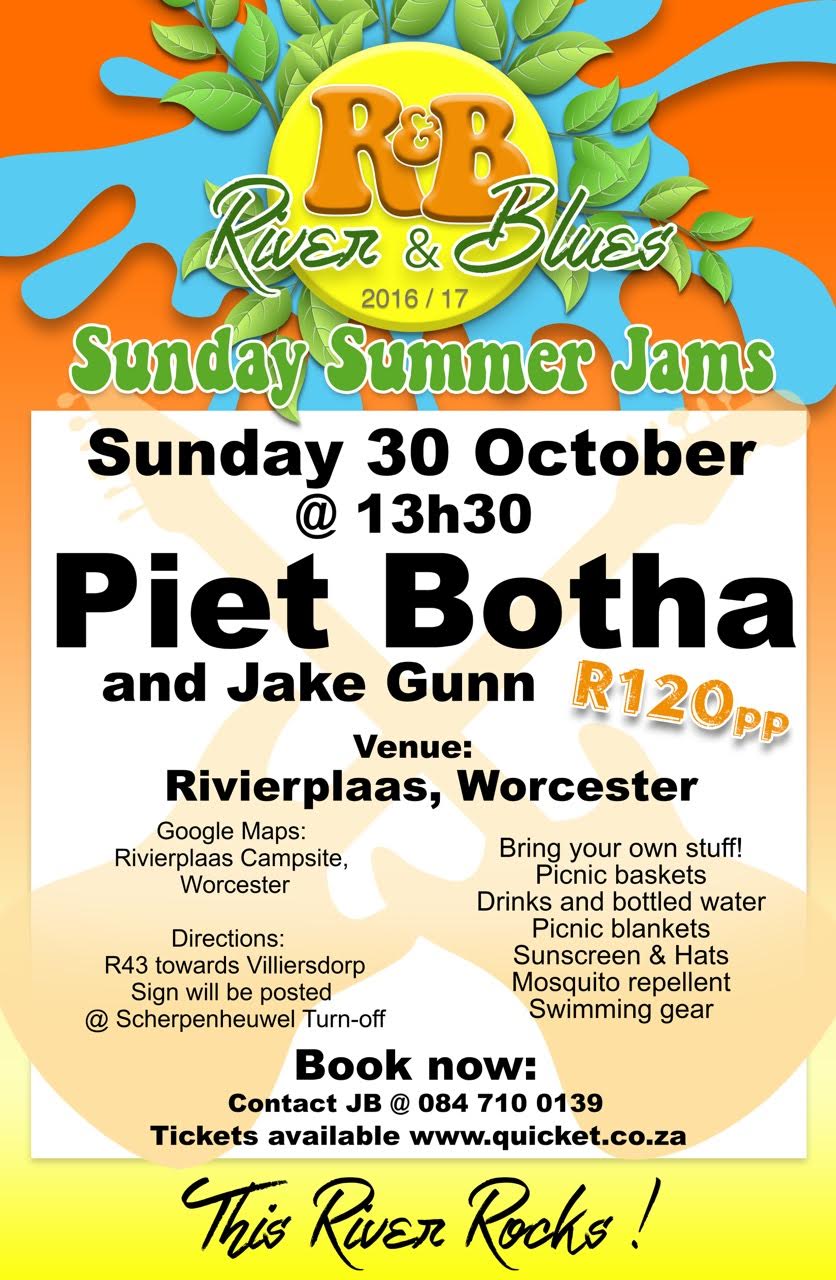 The Kwaggaskloof Tourism Forum was formed to initiate better communication between all the different enterprises and facilities in the area, so as to maximise the tourist's stay!

Kwaggaskloof are part of Breede Valley Tourism, Worcester Wine & Olive Route and Worcester Tourism. Please "click" on the name of the establishment that you are interested in to find out more. 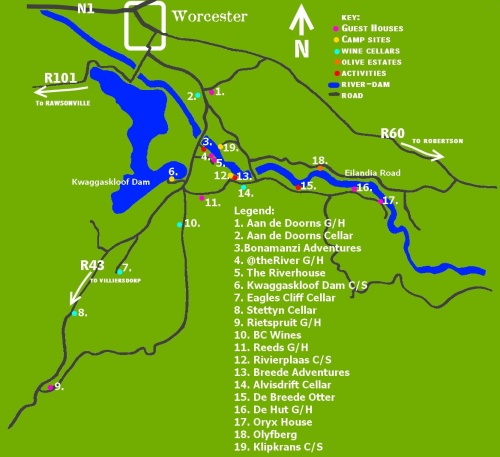 For exact directions to each establishment, please contact them direct or use the map above
EVENTS IN OUR AREA (within 50km from centre of map) : 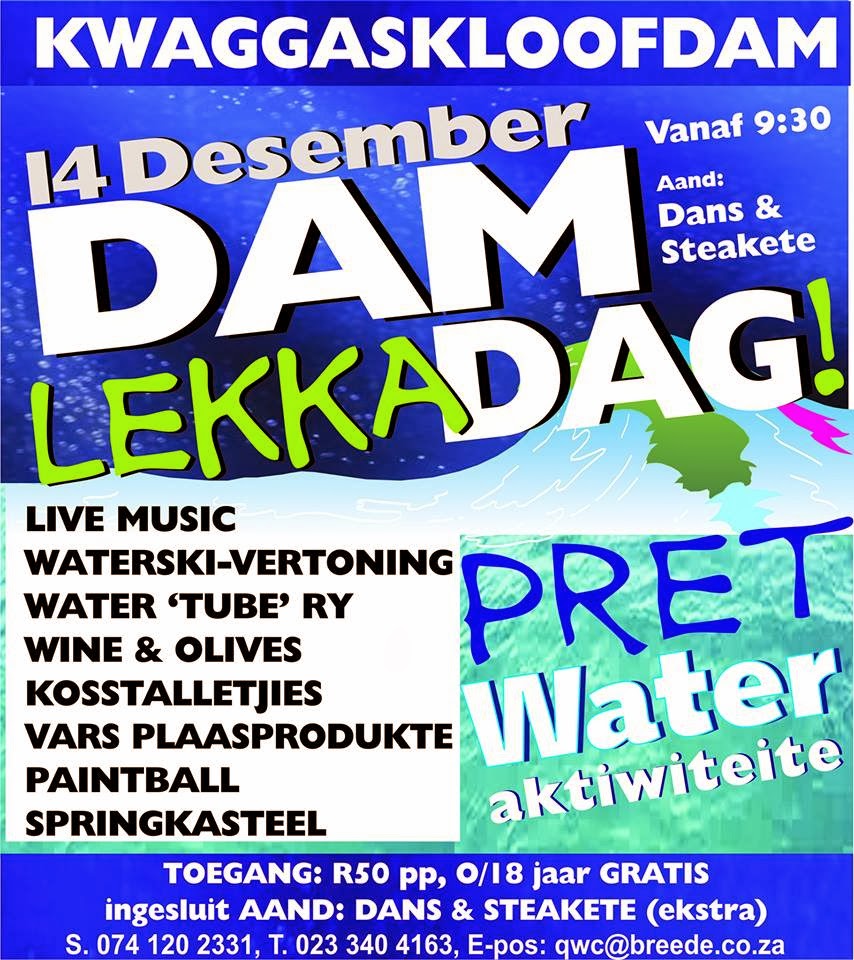 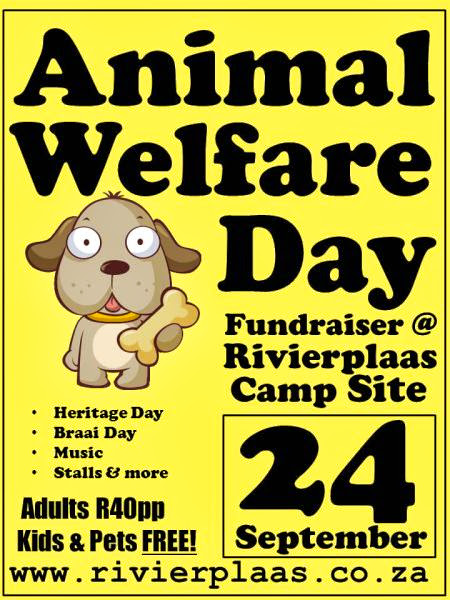 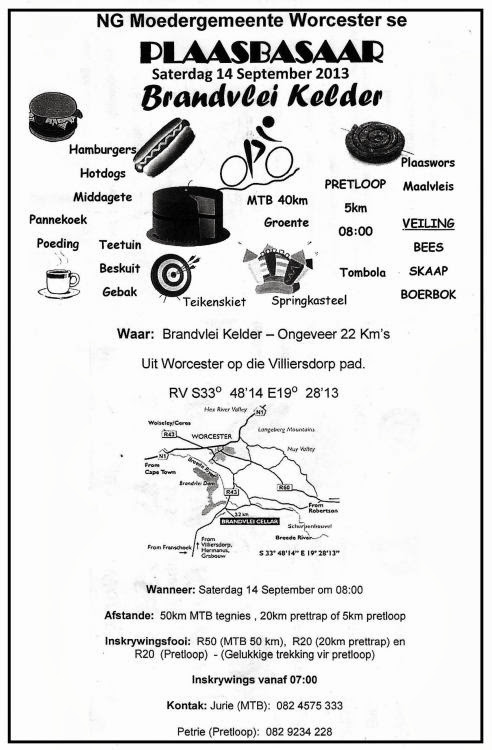 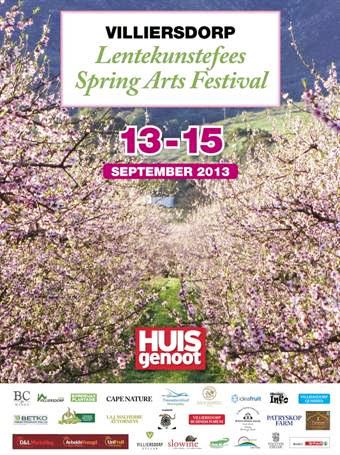 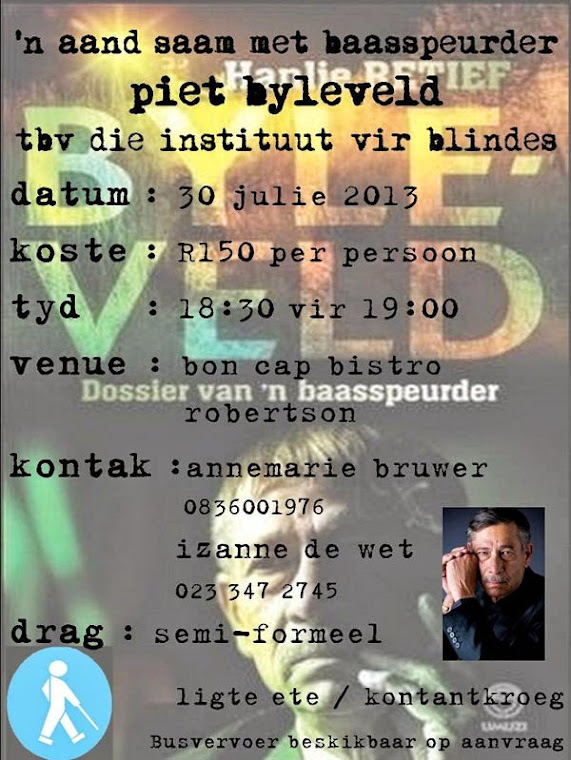 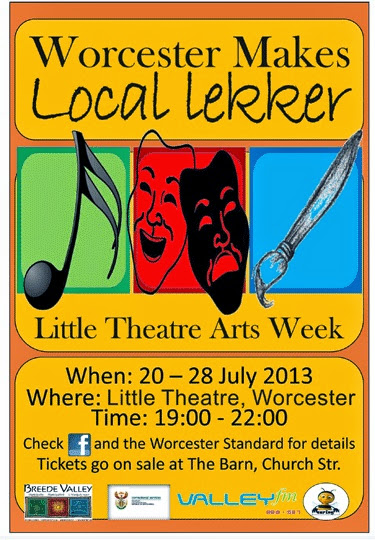 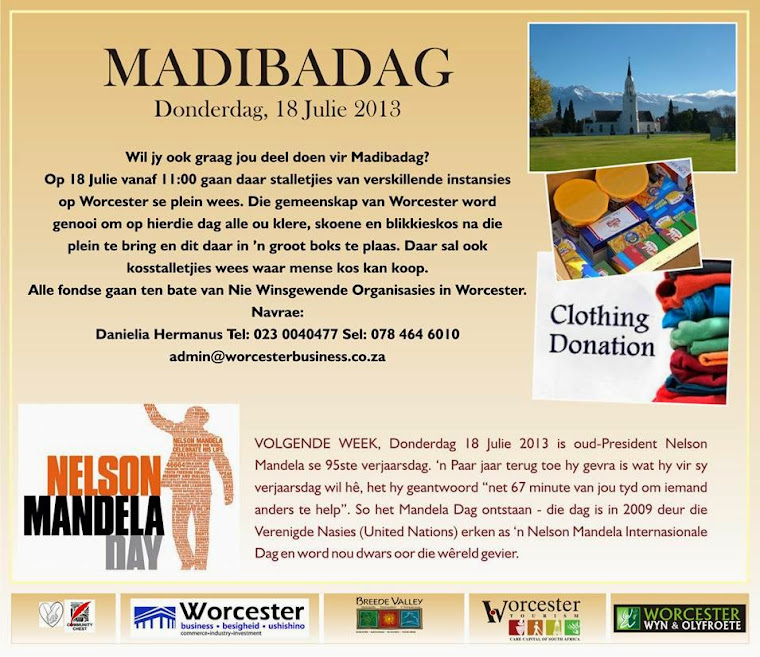 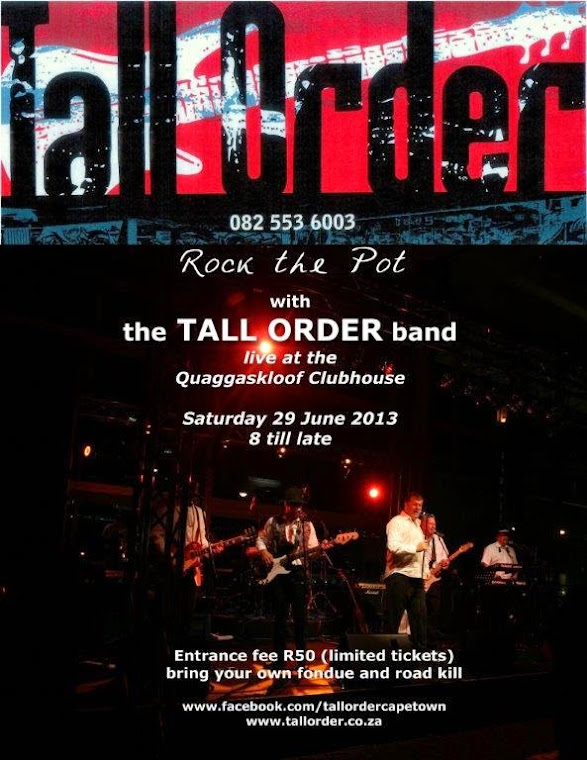 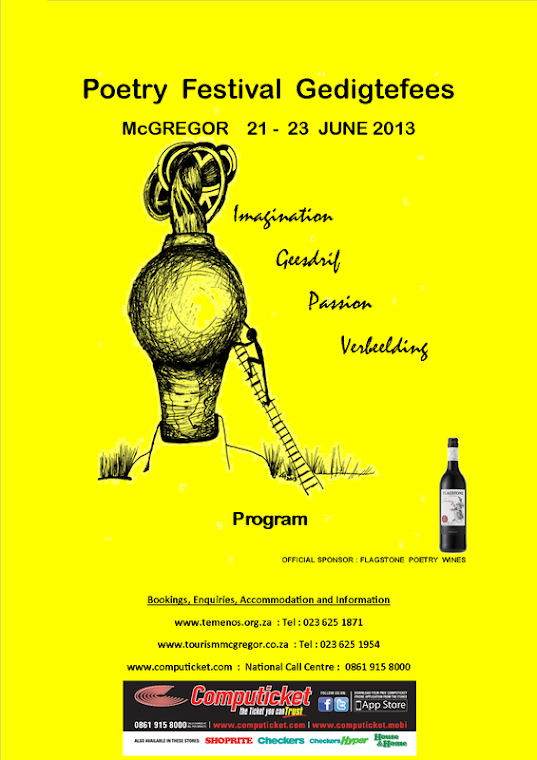 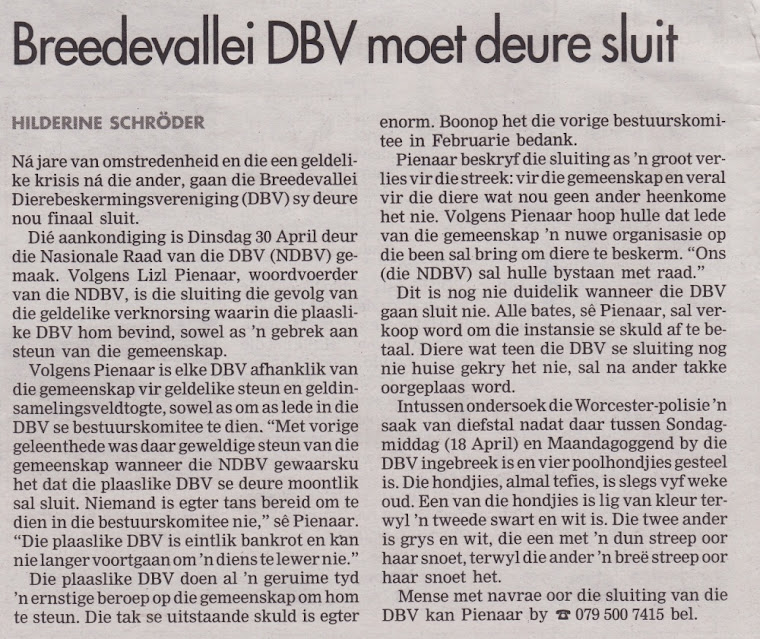 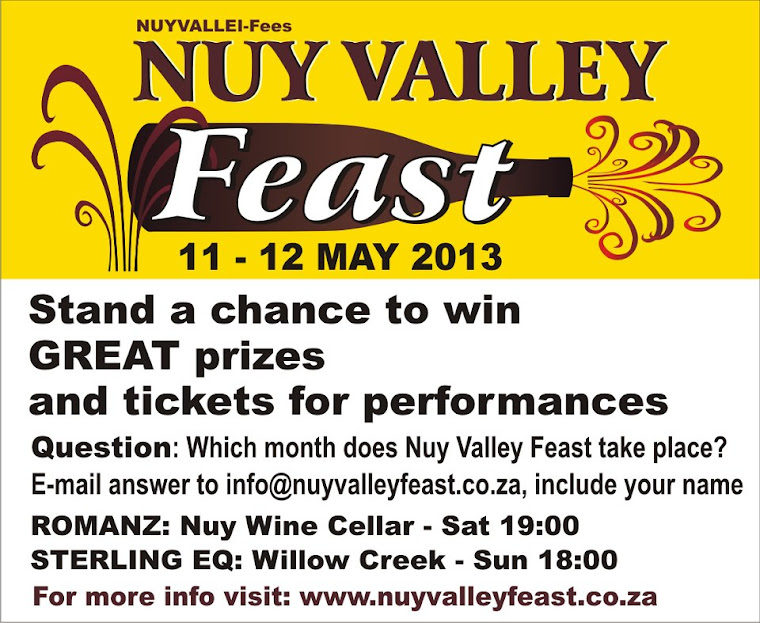 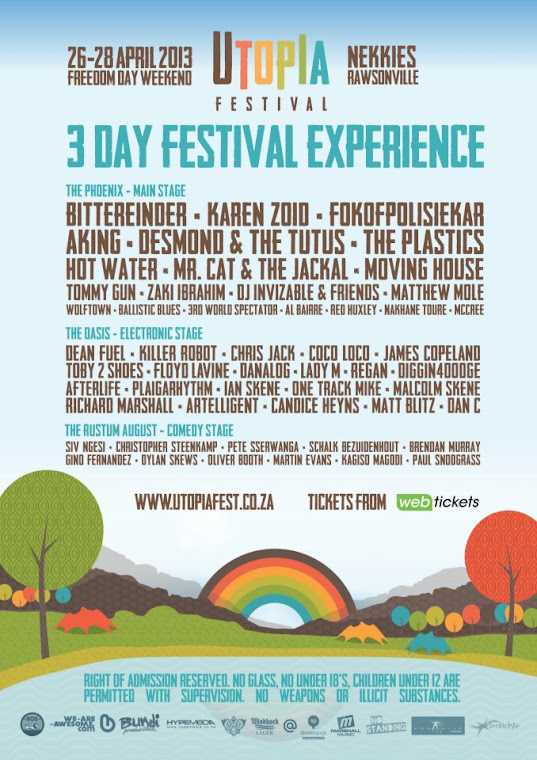 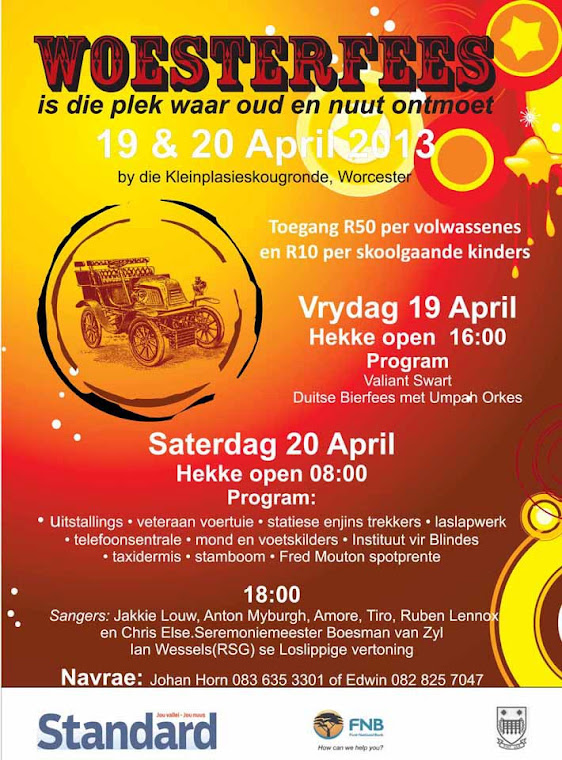 Leigh-Anne Groeneweg was born in Durban in 1971. At the age of 5 years 3 months she lost her sight through cancer of the retina. She loved swimming and represented Western Province 5 times and after school went on to Stellenbosch University where she carried on swimming and ended up representing the Western Province senior team 13 times.

During this period she broke several South African records and received a large amount of medals.
Eventually in 1994 one of her life long dreams came true when she was chosen to represent South Africa at the World Championships for the Disabled in Malta.

In 2005, about 30 years after Leigh-Anne lost her eyesight to cancer, the cancer returned.

One of Leigh-Anne's dreams was always to swim the Robben Island Swim, so a group of mates volunteered to swim with her in 2011! The group of people keen to get involved just kept growing ... BUT - The Robben Island swim is a once-off accomplishment and only for proper athletes so we got chatting and a new idea was brought to the table.

Sadly, Leigh-Anne lost her life-long fight with cancer on Friday 15th April 2011. She was an unbelievably positive person who fought right up until the end - an inspiration to us all.

A swim and family day is hosted at the Breede River every year in Leigh-Anne's honour in order to raise money to give someone between the age of 35 and 45 years old who is terminally ill and can't afford it, the opportunity to make their dreams come true.

Thank you to those who joined us this year and we look forward to more joining us every year in the future. 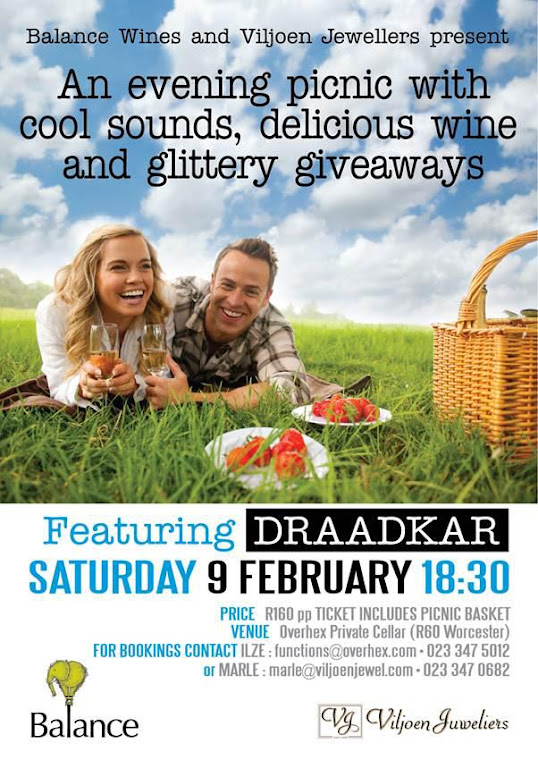 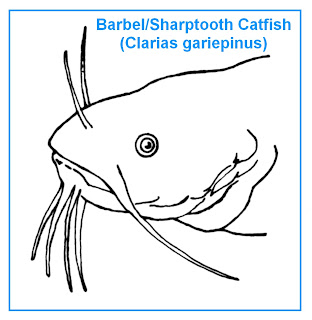 The common barbel is indigenous to most of South Africa except the Western Cape. They were introduced into the Breede Valley several years back without any formal permission from CapeNature and unfortunately their population surged.

The same method of angling used for carp can be used for catching barbel. To lure them in more effectively its advised to make use of flesh baits such as chicken livers and fish heads. Barbel are omnivorous and will eat almost anything they can scavenge. Light tackle lures and large flies can also be used. Barbel can grow to well over 20kg and can give a good fight.

There are no catch restrictions for this alien species as it's a pest and has a negative impact on the indigenous species and alien species such as bass. It's advised that all barbel caught in the Breede River area and Quaggaskloof Dam should be either consumed or given dead to people who need the food. Barbel are at their most delicious when smoked.
(taken from the Breede Valley Angling Guide - Worcester Tourism)

(see calender and poster above for more detail)

Posted by Kwaggaskloof The "Secret" Valley at 13:27

Breede Summer Series January 2013
Saturday 19th January 2013: Race # 1: Osdrif – Eilandia B-grade race, 19km, K1/K2 Registration from 8.00am – 8.30am Race starts @ 9.00am at Osdrif Bridge (Bonamanzi Adventures) on the R43, Worcester – Villiersdorp Road Lunch @ 12.00pm – 1.30pm (paddlers are asked to bring their own lunch/picnic as there will be no catering provided) Race # 2: Alfies – Eilandia B-grade race, 11km, K1/K2 Registration from 1.30pm Race starts @ 2.00pm at Alfies Bridge Sunday 20th January 2013: Nekkies – Eilandia 27km K1/K2 Registration from 8.00am to 8.30am - Race starts @ 9.00am (Nekkies resort or alternatively on the opposite bank under the bridge, tba) Prize giving @ 1.00pm @ Eilandia for the series (prizes for paddlers who have competed in all 3 events only) Overnight camping is available alongside the river for those of you wanting to make a weekend of it. Racing begins earlier than usual due to the heat in the valley – pls take note! Entries will be taken on the day but remember that pre-entry for all 3 races entitles you to a goodie bag and reduced entry fees! 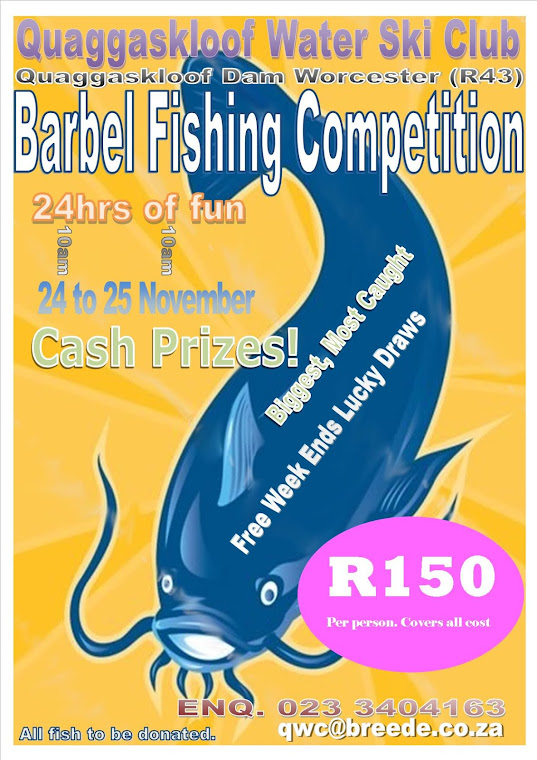